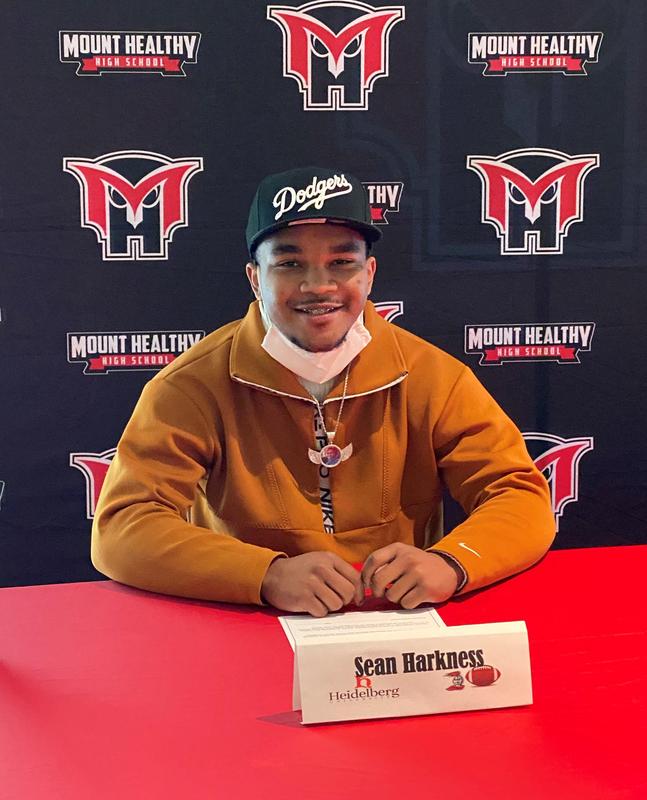 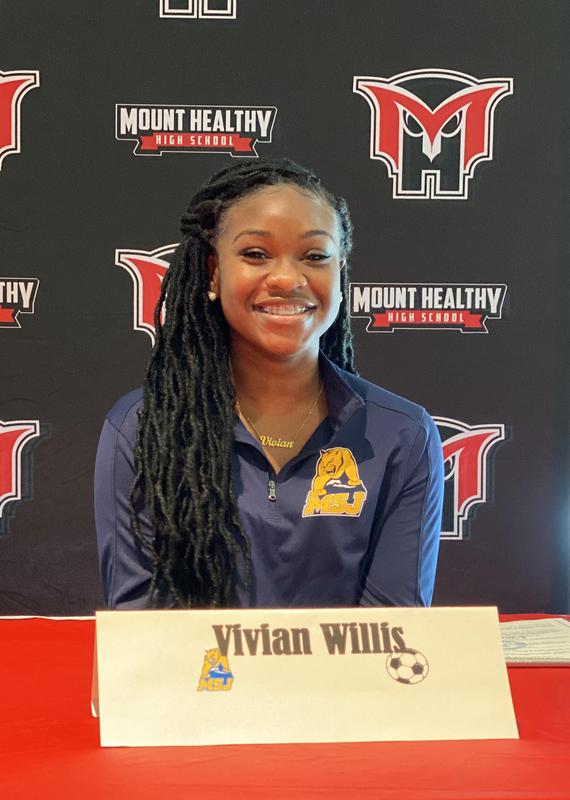 On Wednesday, February 10, two Mt. Healthy High School seniors committed to playing sports at the collegiate level. This is a very exciting time in the academic and athletic careers of these students who want to continue doing what they love while attending college.


Vivian Willis, an outstanding three-year high school soccer player, signed to play soccer at Mount St. Joseph University in the fall. As an avid soccer player for over 12 years, she earned 2nd team All SWOC her sophomore year and 2nd team All SWOC for the 2020 while playing with the boys soccer team. Additionally, Vivian is an honor student earning Athletic Honors all four years of high school. She is currently taking several College Credit Plus classes, AP Calculus, and Honors Physics all while holding a 4.59 gpa and ranked 2nd in her senior class. In addition to soccer, she is a 4-year softball player for the Owls and a member of The Marching Owls Band as well as the Symphonic Band. She plans on studying Nursing and Pediatrics


Sean Harkness, an outstanding athlete and football linebacker, committed to Heidelberg University for football for the upcoming year. He was named 1st Team All SWOC OPSWA Division III for the 2019 and 2020 seasons as well as Honorable Mention for the 2018 season and was named All Southwest Division player twice.  Under the Owls uniform, Harkness led the team in tackles with 51 tackles just this past year and ranks 6th in the league. He earned the titles Football Iron Man Award his junior year and Defensive Player of the Year for the Owls.

We wish to congratulate these student-athletes on their accomplishment in addition to their future athletic and academic careers.