Mt. Healthy High School Inducts Two Past Players Into Athletic Hall of Fame and A Couple into the Honorary Hall of Fame 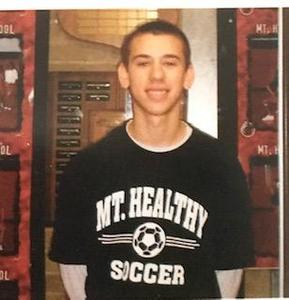 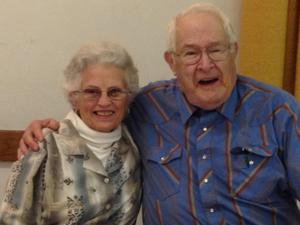 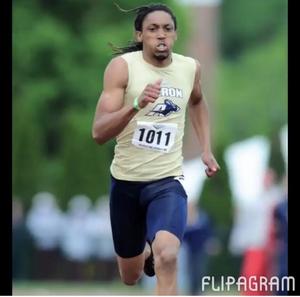 The first inductee is Joseph (Joey) Tensing from the Class of  2006. He was a stand-out soccer player for four years, and basketball player for three years. During his soccer career here at Mt Healthy, the varsity starter made 1st team All- conference 3 times, Most Valuable Offensive Player 3 times, All-City honors twice, and was named to the Southwest Ohio All Star Team.  During his Freshman year, he scored 5 goals and had 5 assists.  However, his Sophomore year is where he really shined, scoring 21 goals and 12 assists for the team.  His Junior year he continued with 19 goals and 14 assists.  His last year as an Owl, he recorded 21 goals and 9 assists as he led the Owls to their first league championship in years. Tensing ended his career as the 2nd all-time leading goal scorer, assist maker, and point scorer for the Owls. In addition to being a standout soccer player, he was a three year varsity basketball starter and earned Scholar-Athlete Honors all 4 years for soccer and basketball.

Tensing earned an athletic and academic scholarship to Urbana University earning his place on the American Midwest Conference All League Team with 3 goals and had 3 assists. Tensing transferred to Thomas More College where earned Offensive Player of the Week honors and was selected to the President’s Athletic Conference All League Team for two years.  He also helped lead his team to a 17-3-1 record and a berth to the NCAA tournament.

We proudly welcome Joey Tensing into the Mt. Healthy Athletics Hall of Fame.

Brent Gray, from the Mt. Healthy High School Class of 2011, is the second inductee for 2021. He was an outstanding two sport athlete in football and track.  During his athletic career here at Mt Healthy, he earned All-League Honors in track for four years. He earned All-District Honors three years, All-Region Honors three years and All-State Track for one year.  He was named the FAVC (Fort Ancient Valley) Runner of the Year twice.  He holds school records in the 400 Meter Dash and as a member of the 4x400 relay and the 4x200 relay teams who made it to the state finals in his senior year.  In 2011, Gray was the top 400-meter runner in the city.  At the time of his graduation, he was in the top five in the Greater Cincinnati region of all-time runners in the 400 meter dash. He was the only Mt. Healthy CSD male in school history to place top two in the state in an individual sprinting event.  Gray was also selected to the Midwest Meet of Champions where the top runners in Ohio, Indiana, and Pennsylvania compete.

After graduating from Mt. Healthy High School, Gray earned a scholarship to the University of Akron where he was a two-time MAC Conference Champion breaking Akron records in the 400 Meter Dash and as a member of the 4x400 relay team.  He was the 400 meter indoor MAC Champion in 2015 and the 400 meter outdoor MAC Champion in 2016.  Gray holds the records in the 4x400 both indoor and outdoor at the University of Akron, in addition to the indoor Mid American Record in the 4x400, which took him to top 15 runners in the country at the time.

In addition to his success in track, Gray was a standout football player who earned All-League Honors twice.  He currently holds the record with Mt. Healthy Athletics for touchdown receptions in a season and in a career.

We are proud to welcome Brent Gray into Mt. Healthy Athletics Hall of Fame.

In 2020, the Hall of Fame Committee saw fit to recognize people who have made contributions to Athletics while serving in a role other than athlete or coach.  Our first inductees in the Honorary Athletic Hall of Fame are Arlene and John Poppe. Mrs. Poppe began working the concession stand for football and soccer games when her children played sports for Mt. Healthy High School in the late 1980’s.  Now 36 years later, she’s in charge of concessions for high school football, junior high football, baseball, softball, and boys and girls soccer.  In addition to taking on the herculean tasks of concessions, she helps with selling spirit wear at Open Houses, Orientations, Conference Nights and other special events.

Additionally,  Mr. Poppe, or Mr. Mt. Healthy as many know him, made significant contributions to Mt. Healthy Athletics for over 36 years.  He was the welcoming committee for game day officials and referees greeting the officials, taking care of them at halftime, and following the games. Of course, his hospitality was always accompanied with a good story. Mr. Poppe would often assist student-athletes with their fees, so they could participate in sports.  Both of them spent their Wednesdays, for years, working BINGO, which used to be the big fundraiser for Athletics. John and Arlene have been Athletic Booster Members for over 30 years. While John passed away last year, it's significant to recognize his unfailing contributions to the district and athletics over the years.

She greatly appreciates the support of her children, her grandson Nick who jumped in to help over the years. Mrs. Poppe would like to recognize and thank Sylvia Lawson, who was the concession manager when she started.  She could not do it without all of the people who helped her make concessions a success:  All of the parents who have worked over the years, Kathy Fowler, Sue Bitter, Rhonda Godbey, Kim Tolbert, Kim Bryant, Emily Jordan, Anna Schell, Joel Muskovin, Bob Suer, Randy Schuerman, Tina Tuck,  Debbie Browning, Scott Peterson, Mr. John, and Brandy plus all those who have helped at the concession stand, shopping for items, and loading the supplies.  The Mt. Healthy City School District and Athletics extends our deep appreciation to John and Arlene Poppe for all they have done for the district, athletics and the students!

Congratulations to Joey Tensing, Brent Gray and Arlene/John Poppe on their inductions to Mt. Healthy Athletic Hall of Fame.